Tiktoker from Egypt, polyglot from Morocco and bachata dancer from Colombia

At the Media Communications Department with the assistance of the International Cooperation Department held an official meeting with the community of foreign students of our university. Let us remind more than 350 students - citizens of 48 countries of the world study at the USATU now.

Our foreign students are very active, talented, and eager to participate in the social life of the university and tell their peers in other countries about Bashkir, Ufa and USATU.

Creative young people came to the meeting with their ideas and suggestions. One of the main ideas is to create an International Students Club at USATU. 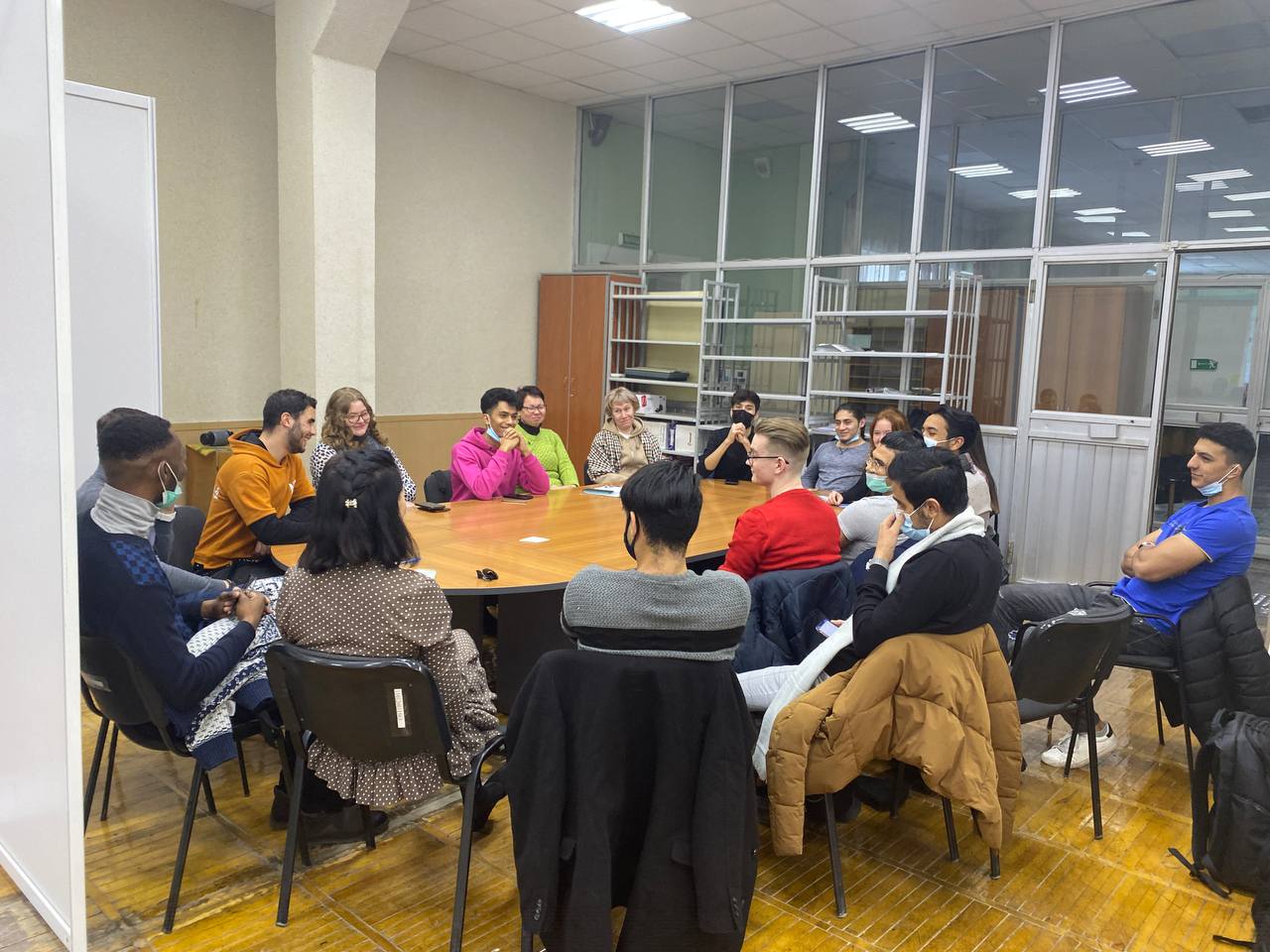 As a result, students came up with several ideas in this discussion.

- Language communication. For example, Benhai Chaimae from Morocco is a real polyglot: she knows four foreign languages ​​and is ready to share her knowledge with Russian-speaking fellow students. A freshman from Algeria Ayash Faisal spoke about the work of the foreign languages ​​club at another university. Epakh Nzekhe Fotokh, a third-year student of FAEET, already has personal experience of communication: in summer, he met with ordinary Ufa residents in parks and squares and spoke with them in English. By the way, he is ready to work as a journalist: to interview and post impressions of foreign students about USATU on social networks.

- Sports. Among our foreign students, there are many adherents of an active lifestyle: football, volleyball and bodybuilding fans. The representative for foreign students’ affairs of the youth student organization of USATU, fourth-year student of FAEET Artur Valiev proposed to resume the "World Championships" in team sports among teams of foreign representatives.

- Art. There are many art lovers among our foreigners. We are ready to learn and teach others ourselves. By the way, there is a Fine Arts Club at USATU, which is headed by volunteer Yekaterina Isaeva. So the common ground has already been found.

- Internet media. Here foreign students showed themselves to the fullest. It turns out that our student from Egypt has over 700 thousand subscribers and almost five million views on TikTok @emad_nor. Together with his brother, he demonstrates to the audience the wonders of parkour. Ready to join university student media resources!

First-year students of the FAEET Elmira Rysalieva from Kazakhstan and Nafisa Fatkhullina from Uzbekistan are great dancers; there are also connoisseurs of Latin American bachata, violinists and even a fitness trainer. Most importantly, the students have a desire to tell the whole world about the life at our university through social media.

If you have ideas on how to show your talents and glorify our university, come

The first release of the USATU Supercomputer School

Structural transformations at the university

Scholarships from Gazprombank - to talented youngsters of USATU

Online "Alternative" for thousands of schoolchildren